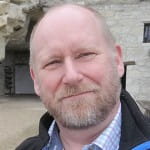 Introduced to geology via a model volcano this branch of science has let William in some interesting directions from hand digging water wells in Africa to soil investigations in the Caucasus Mountains of Georgia.

In 2000 William set up Terrenus with his friend and colleague Fraser Duff.

Outside work, William’s family introduced him to horses and in 2009 he got a medal for running in a race against a group of horses. 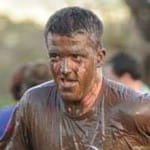 Douglas has always been a bit of an adventurer with a Scouting background and a country upbringing.

He loves to problem solve and relishes a challenge, taking greatest satisfaction from helping others. So much so, the first time he ever flew in a plane, he did not land in one.

When not at work Douglas can be found immersed in the Star Wars Universe or sharing learning experiences with his daughter via Daddy Day Care activities. 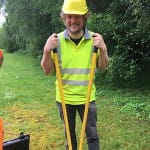 In his career to date Alex has a 100% success rate in locating abandoned mineshafts as part of Coal Mining Investigations and shares the lead with Jonny in ‘The most unusual artefact discovered whilst working on site’ sweepstake (a 19th-century cannon).

Prior to joining Terrenus Alex worked and travelled in Australia for two years where he gained invaluable experience in outback car maintenance and cheese delivery.

In his spare time Alex enjoys hillwalking and the occasional woodwork project. 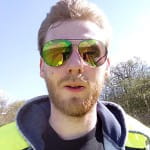 He’s always looking for a new way to do things; to the extent that he once won a series of friendly matches of Chess while in the middle of the Gobi Desert.

Outside of work, you are likely to bump into Jonny at a gig spanning any genre of music. 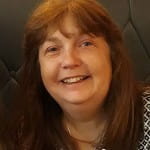 Rachel moved to Scotland to begin her working career in Geology and during the past 30 years she has worked with William on three different occasions whilst also taking time out to raise a family.

Through the family Rachel has developed an interest in fast action sports such as Mountain Biking and Ice Hockey, but she stresses this is as a spectator and not a competitor. 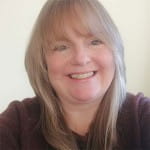 Jennifer has been in administrative roles with Terrenus since its inception in 2000.

Cups of tea especially are always beneficial if not essential.